Cake Poker has been closed.
We suggest you try one of these sites instead:

Players from United States are Allowed

Cake Poker was established in 2005 and is one of those online poker rooms which have seen a steady growth in terms of the number of players. I found that there are a number of high quality poker tournaments offered by this site. I was also impressed by the 100% sign-up bonus of up to $500. I really like the bonus feature on this site as it can be claimed very quickly unlike on some of the other sites, which take forever to activate and release the bonuses.

Among the good tournaments which are offered at Cake Poker are the $250 satellites to $50,000 prize money tournaments. These are a big draw and offer even relatively new players a chance to win big money. The competition at Cake Poker was a lot to my liking, it was not very aggressive and I found that players were able to play loose games and still come up tops. The software used is classy and entertaining; the look and feel of the games is comparable with the best in the business. One of the striking features of the software is that it uses photographs of real models as avatars. Players can choose any of the avatars and sit at any chair. There are a number of customizable options available to the players to increase the visual appeal. Using the software, I was able to keep notes of the games played, buy-ins and so on, which helped me manage my game.

I was also pleased with the loyalty program in this poker room. The players are offered unique lottery Gold cards. The Gold cards are given every day to all real money players. Players can accumulate the cards and use it in number of ways. They can be used to buy Cake Poker merchandise and entry into tournaments. I was also granted the option of collecting all 52 that are on offer at which time they will receive $52,000. Regulars to Cake poker also earn Cake slices which are given for participating in real money games. As players play more and more games, the number of slices they earn also go up. The slices can be traded for reward points. Now this is a great way to have your cake and eat it too!

All players at Cake Poker are given a chance to take of a piece of the cake home. Basically, what this means is that you have the chance of winning small one percent shares of Cake Gaming. The way I see it, a one percent share today can be potentially worth millions of dollars, a few years down the line. I cannot think of too many other casinos which offer their players such an opportunity. This has to be listed among the best promotions on offer by any of the online poker rooms.

The FAQ section on Cake Poker’s site takes care of the usual queries that players might have. For those that aren’t addressed there, players can avail the 24/7 e-mail support. I was impressed with the response time and the replies to my queries which were very informative and politely delivered.

Cake Poker offers me five methods for making deposits. They are – Instacash, Neteller, Visaelectron, Visa and MasterCard. Withdrawals can be made using Neteller. All transactions are transparent and the players’ data are kept safe using encrypted code on secure servers. I would definitely recommend this poker room!

Cake Poker offer a first sign up bonus of 110% up to $600 when you use the bonus code LPBBONUS.

Bonus funds are earned in $10 increments based on how many Frequently Player Points (FPP) you have accrued during real money ring or tournament game play. FPPs are earned at a rate of 1 FPP per dollar raked. In tournaments, you earn 7 FPPs per dollar in tournament fees paid. Earning FPPs can be summarised as follows:
Upon claiming this bonus, there is a 90 day time limit before it expires.

Cake Poker was established in 2005 and is one of those online poker rooms which have seen a steady growth in terms of the number of players. I found that there are a number of high quality poker tournaments offered by this site. I was also impressed by the 100% sign-up bonus of up to $500. I really like the bonus feature on this site as it can be claimed very quickly unlike on some of the other... 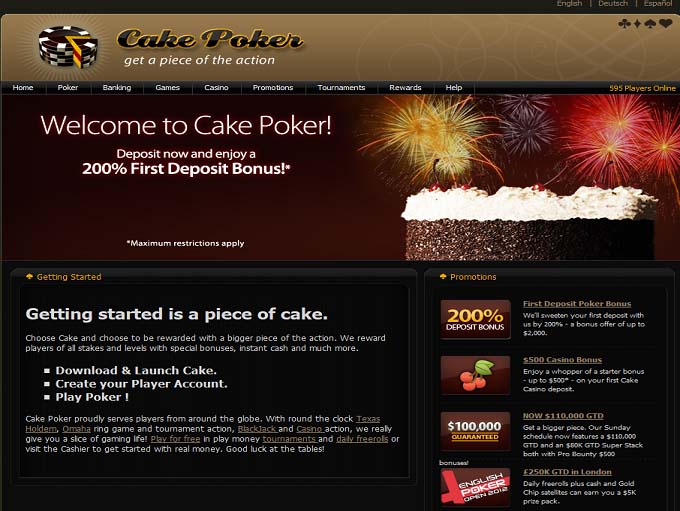 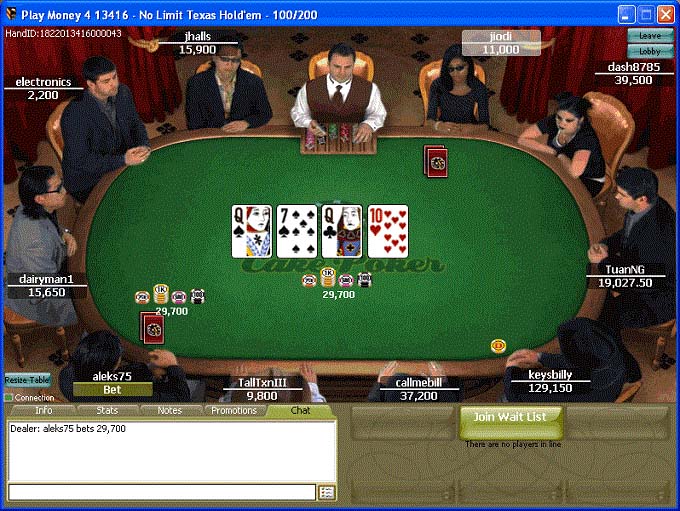 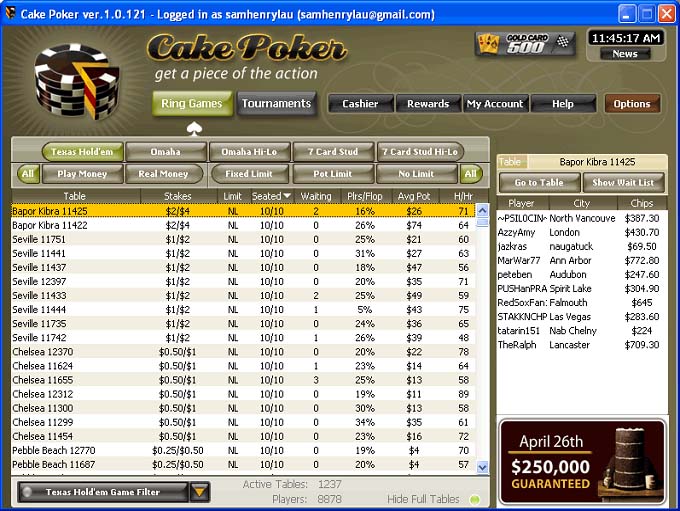 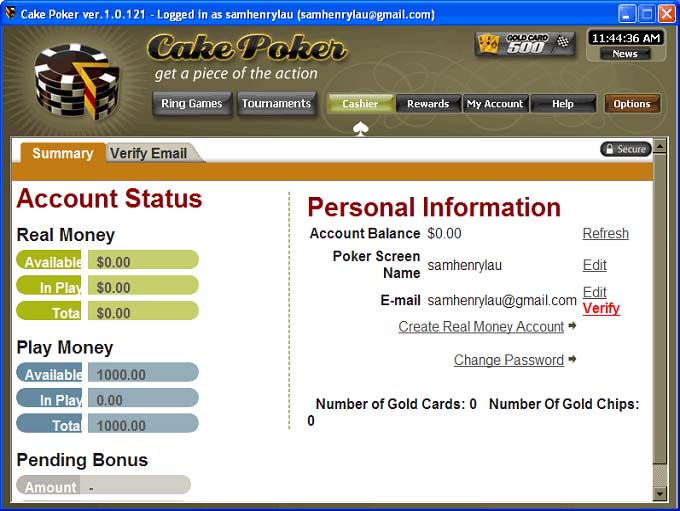 Cake poker is a delicious site that accepts USA players.Just the name should make you want to check out this sweet site. When you first click on the site true to...

Cake poker is a delicious site that accepts USA players.Just the name should make you want to check out this sweet site. When you first click on the site true to its name, you will see a heavenly chocolate cake with cherries on top laced with whipped cream. The lay out of the site is very impressive with multiple tabs lining both the top and middle so there will be no wondering around looking for a specific part. This site also boasts of a chance to win a prize of 2 million dollars. That would be great if it was me . If you click on the poker tab at Cake poker you will find a list of available goodies. Fast fold,promotions, getting started and house rules are a few. I like to look at the on going promotions before i start playing. The site boasts of up to $5000 welcome package with a side of 250 free roll tickets to boot.With the free rolls you have to earn your way to the $1000 table by winning some of the smaller ones. You can also earn FPP points by playing some of the selected games including Blackjack (one of the easiest games to play). Some of the games include War and Russian roulette. There is also a slots casino part where some of the games are Pirate Tavern, Sugar rush, Elite Commandos, 2 million B.C,Enchanted and Hero s War. Cake poker offers a wide range of deposit methods like Visa, MasterCard, ECO and skrill. The site also offers live chat and email as a form of contact. Table games and video poker are also offered at Cake. Some of the great games you can play are Aces and faces, Dueses Wild, Jacks or Better,Aces and Faces, Casino holdem and craps. Live bets and sports are also at the poker site. You can check out the site via LCB and play some of the SnG tournaments if your not ready to deposit. I personally feel Cake poker is one of the better sites for USA poker players but you don't have to take my word for it. If you want to you can go, have your cake and eat it to.

You will immediately get full access to our online poker forum/chat plus receive our newsletter with news & exclusive bonuses every month.