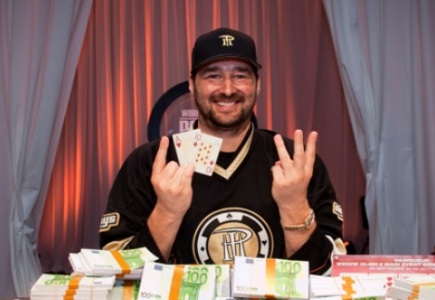 It's now official - Phil Hellmuth boasts the most accomplished WSOP career in the world, thanks to his latest win at the Sixth World Series of Poker Europe Championship held at Hotel Majestic Barriere in Cannes, France

Commenting on his big win, Hellmuth said "I played the best poker of my life in this tournament," which brought him his thirteenth WSOP bracelet and placed him at the top of the 2012 WSOP Player of the Year leader board.

He added: “I don't say this often, but I am truly humbled by this. This is one of the most prestigious titles in poker and to get this one, it's right up there with the (1989) World Championship.”

The final table cashouts were the following: