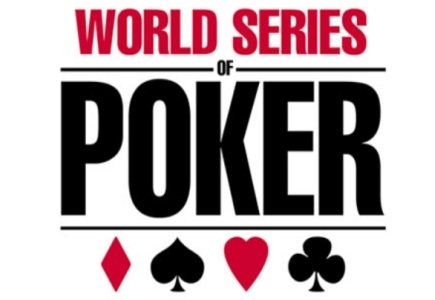 43rd edition of the competition sees 1,066 entrants on Day 1A It's official – the 43rd World Series of Poker main event has begun, by the "Shuffle Up and Deal" conducted by pro Shaun Deeb's 92-year-old mother, poker player Ellen Deeb. On Day 1A the entry field comprised 1,066 hopefuls - 19 percent more than last year, including a host of big names - two former WSOP champions, Pius Heinz and Joe Hachem, as well as Billy Baxter, Ivan Demidov, 12-bracelet champ Phil Hellmuth, Soi Nguyen, Mike Sexton, Eric Baldwin, Barry Shulman and his wife Allyn Jaffrey Shulman, Allen Cunningham, Tatjana Pasalic, Mike Matusow, Erica Schoenberg, Tommy Vedes, David Williams and Kathy Liebert. Some of the celebs we can expect to see join the action this year are actors Jennifer Tilly, Gabe Kaplan, Jason Alexander, Kevin Pollock and Ray Romano; professional hockey player Roberto Luongo, UFC fighter Georges St. Pierre and Shane Warne, the high profile Aussie cricketer. So far, organizers stated that they are expecting not less than 6,000 players in total, with over $8 million for the main prize of the event, which carries a buy-in of $10,000. However, at the very beginning of the action, hopes for winning this massive prize have been dashed for many of the major players - Joe Hachem and 1993 champion Jim Bechtel, Greg Mueller, John Monnette, Allen Bari, Lee Markholt and Kathy Liebert... and Hellmuth, who regarding his drop out Tweeted: "I'm out of the Main Event! Feeling tortured: Feeling sick…Maniac winning every pot w K-9 + Q-8 KNEW he would implode, BUT he busts me 1st," referring to European Poker Tour (EPT) Copenhagen champion Michael Tureniec. Among the survivors was last year's champion, Pius Heinz, who stated: “My day 1 was extremely rocky, pretty rollercoaster-like. I didn't win a pot for the first six hours pretty much and was down to 10,000 on the dinner break. I thought, 'I am just going to bust on day 1, it's going to suck." On the other hand, skill and luck seem to serve well Eric Baldwin, Filippo Candio, JJ Liu, Mike Sexton and David Williams, as well as Kevin Pollack, hockey star Roberto Luongo and his brother Fabio. The top ten chip counts the Day 1A are the following: William John 266,700 Gerardo Lubas 165,800 Daniel Strelitz 164,125 Dane Lomas 157,600 Cary Katz 154,850 Benjamin Pollak 144,200 Chance Kornuth 141,775 Johnathan Cuevas 141,675 Jared Okun 141,350 Eric Kurtzman 136,900. Day 1B began at noon local time Sunday. It has been stated by the organizers of the tournament that the 10-day long main event will feature the last eight former winners – 2004's Greg Raymer, 2005's Joe Hachem (alr3eady eliminated), 2006's Jamie Gold, who won the biggest WSOP winner's prize ever, Jerry Yang from 2007, along with young Dane Peter Eastgate who took the honors in 2008, Joe Cada who did the same in 2009; Jonathan Duhamel in 2010 and finally German ace Pius Heinz, who won $8.7 million in 2011. The final table will be held with a delay once again, and it will adjourn until October 28, when it will be screened on television.
General Poker News Live Poker Tournaments Back to articles