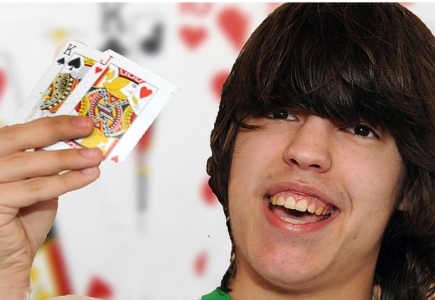 This has been a lucrative week for German poker pro Dominik Nitsche who took down the inaugural World Poker Tour South Africa main event at the Emperors Palace in Johannesburg, South Africa.

The young German encountered some formidable opposition on his way to the victory – he had to outplay all 230 players, including the likes of Liv Boeree, Melanie Weisner, McLean Karr, Felipe Ramos and two former World Series of Poker champions, Chris Moneymaker and Joe Cada.

The final table seated him and William Ross, Jason Strauss, Jerome Bradpiece, Wesley Weigand and Andrew Anthony, but in the heads up he faced his biggest opponent at the tourney, Jerome Bradpiece, with a 3 to 1 advantage in chips.

After a while, they agreed on a chop, after which Nitsche first dropped the ball but then made a splendid come-back and took the game.

Thanks to the chop, his heads up opponent took home a nice prize of $145,477.
General Poker News Live Poker Tournaments Back to articles