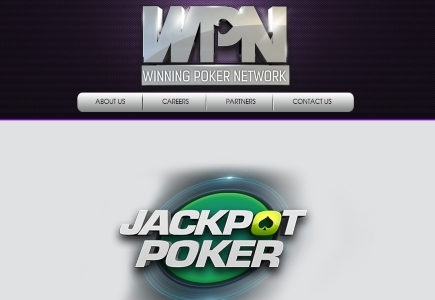 PokerScout, the company monitoring online poker traffic since 2006, has revealed its latest reports, which reveal that US friendly Winning Poker Network tables have surpassed those available at Full Tilt Poker. According to the site, which monitors traffic on 70 different poker networks, the Winning Poker Network comes in 2nd in terms of traffic across US friendly networks and 12th in the international market.

Americas Cardroom and Black Chip Poker are part of the WPN family, which announced that the glory days of poker were back in 2014 having rolled out the Million Dollar Sunday tournament. American players hadn't seen events like it since all hell broke loose in 2011 and it certainly proved that those days of old were back in full force.

The introduction of Jackpot Poker and huge guarantees and freebuys plus the support of Bitcoin have made the WPN very attractive to US players.

According to PokerScout, WPN peaked on February 1st, 2016 when it hit 1,444 players online surpassing the traffic on Full Tilt with 1,249 players.

Players have disappointed with the changes in the loyalty programs at Amaya's poker brands, PokerStars and Full Tilt, so this has left room for Winning Poker Network's offering to shine.

Its loyalty program and two point races (The Beast and Sit & Crush) have been a major draw for players. The jackpot in The Beast is generated by the rake that players already pay while players climb the leaderboard to earn everything from cash prizes to tourney seats every week. This and the Elite Benefits loyalty program have been known to offer exciting rewards. One of the network's players earned almost $140,000 in extra money and tournament tickets using rewards in 2015.
Poker Software Back to articles

I play in three poker rooms of the WPN Network (BCP, ACR and YA), and also play at Full Tilt Poker, I like the two networks but it looks like WPN is really very...

I play in three poker rooms of the WPN Network (BCP, ACR and YA), and also play at Full Tilt Poker, I like the two networks but it looks like WPN is really very pleasant, especially in Jackpot poker table games. It may seem just my impression but when I play in WPN, the biggest jackpot prizes appear more frequently than at Full Tilt Poker in WPN for example Jackpot with buy-in $ 2.00 several times the total premium is $ 12.00 or $ 16.00, while that on Full Tilt, it seems it is more difficult to prize be more than twice the buy-in.