What’s Up With US Online Poker? 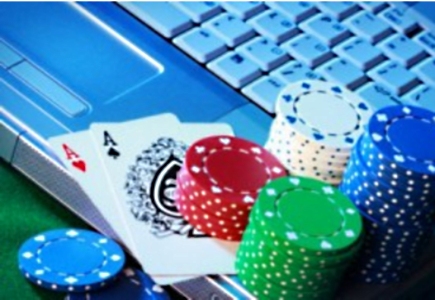 Federals' crackdown on the favorite pastime

It seems that there are two sides colliding in the US online poker market these days – one that pushes both federal and state-level initiatives for legalization of the pastime, and the other which strives to hit the industry as hard as it can. The latter seems to be in the lead since Friday, Apr. 15, when the federal authorities in New York raised indictments against eleven persons, including the founders and executives of major online poker companies operating on the market - PokerStars, Full Tilt, Absolute Poker and UltimateBet.

The charges include bank fraud, money laundering and other illegal gambling offences, and the US filed a civil money laundering and in rem forfeiture complaint against the poker companies, their assets, and the assets of several payment processors for the companies, at the same time freezing some 75 bank accounts and seizing five domains. The key to the federal case against the online poker companies and their processors is reported to be the collaboration of Intabill's Daniel Tzvetkoff, the owner of an Australian-based e-cash processing company, who was busted during his visit to Vegas last year.

In regards to the new development, Full Tilt and PokerStars issued statements expressing support to their founders, whereas Absolute Poker and UltimateBet, which trigger much more speculation because one of the names appearing in the indictments is that of Scott Tom, who is believed to have been involved in the cheating scandal related to the two poker companies, remained silent.

As a result of the federal action against the online poker giants, the deal between Wynn Resorts and PokerStars, which was dependent on the federal legality, was called off. A similar uncertainty now hangs over the partnership between Full Tilt and Fertitta Interactive, based on the same principles. As for the companies' domain names, PokerStars, Absolute Poker and UB have decided to move to .eu domains.

Another concerning news came from Rivalpowered white label casinos, which according to player reports, stopped accepting US signups not long after the news of the federal indictments came out. However, no official announcement has come from Rival so far.

The latest reports state that, since some of the defendants are located abroad, US authorities have requested the assistance of international police enforcement body Interpol, which was allegedly confirmed by the US Attorney's Office for the Southern District of New York.

And while the businesses at PokerStars and Full Tilt are going downhill, experiencing serious declines (Pokerstars' numbers dropped 20 percent between Saturday and Sunday, and 33 percent since the indictment, while Full Tilt and Cereus network saw a 44/50 and 26/40 percent decline in the same periods, respectively), other poker networks, including Cake Poker, Merge and Bodog saw their numbers rise.

In addition, Bodog has decided to take advantage from the situation, and send out promotional emails to US players which state: “Having trouble finding a place to play now that PokerStars, Full Tilt Poker, Absolute Poker, and UltimateBet have been shut down to U.S. players? Bodog is still open for online poker play and is also giving all U.S. players a whopping 110 percent bonus with 10 percent paid up front.”

As difficult as the situation may seem at the moment, the further development is yet to be seen, so more reports about new movements in this case can be expected soon.
General Gambling News General Poker News Poker Society News Back to articles