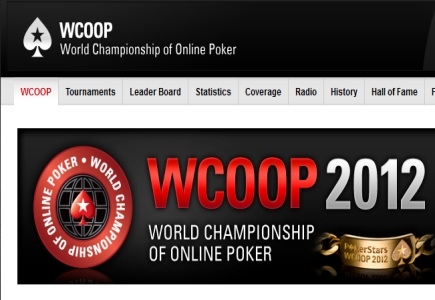 This week, a largely unknown Russian player Marat “Maratik” Sharafutdinov took down the PokerStars World Championship of Online Poker (WCOOP) main event – and the win is not only remarkable because of his lack of prior experience, but also because of the way he entered it.

Namely, the Russian used forty loyalty points to enter the competition, which turned out to be quite lucrative for him – he won over a million dollars and earned respect of a number of poker stars that took beating from him on his way to the top.

Apparently, this is not the first time that Maratik has turned loyalty points into seats at major online tournament events – according to him, points and a bit of luck can carry a player a long way in online poker.

“I won a couple of seats in the $215 Sunday Million and in one of the nightly $150 tourneys," he said.
General Poker News Online Poker Tournaments Back to articles