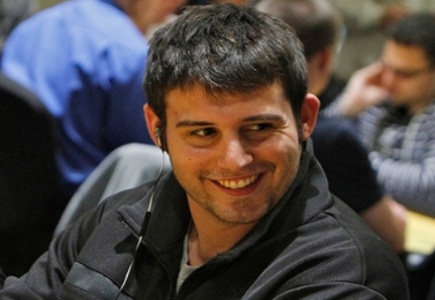 The $10,300 buy-in No Limit Hold'em High Roller competition at this year's PokerStars World Championship Of Online Poker ended on a good note for Darren “darrenelias” Elias this week, bringing him the honor of outplaying a star-studded field of 296 entrants and the winner's paycheck to $574,695. Some of the big names that appeared in the game were Daniel Negreanu, Bryn Kennedy, Isaac Baron, Steve O'Dwyer, and Ville Wahlbeck, most of whom made it into the cashout bubble. Elias was dominant throughout the play, entering the final table as the chip leader against Paul “Paolo69” Foltyn; Chris “ImDaNuts” Oliver; Matt “ch0ppy” Kay; Jonathan “MONSTER_DONG” Karamalikis; nandor82; Artem205; Sykoen; and Shhh00kem. In the heads-up, Elias faced Shhh00kem, who didn't prove strong enough for Elias and had to settle for a comforting second placing prize worth $430,650.
General Poker News Live Poker Tournaments Back to articles