Update: US Punters to Get Their FTP Monies with Help from Poker Players Alliance 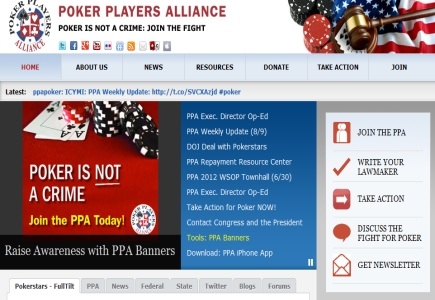 Action group claims players will be fully paid, according to terms of the settlement deal

After the announcement of the Pokerstars' acquisition deal on Full Tilt Poker, the Poker Players Alliance issued a statement that it is ready to provide assistance in the long awaited pay-outs to players through US government agencies.

In its statement, the Alliance stressed:

“The government has not yet released the precise details on how reimbursements will occur. It is the PPA's position that the government must take all steps necessary to ensure the process for the players to recover their full funds is not unduly burdensome. PPA's legal team will remain fully involved as the 'voice of the player' to ensure our members are heard throughout this process."

In addition, in light of the uncertainty on how the restitution scheme is to be implemented, the PPA sent a note to the Department of Justice's Asset Forfeiture and Money Laundering Section, noting that sufficient money is involved in the terms of the FTP-Pokerstars settlement to enable all owed US players to get their money through the government's pay-out system.

In the note, it also called on the government to make use of the PPA's experience, knowledge and resources in order to facilitate a fast introduction of a player-friendly and efficient "process for remission," adding its own view on the fair way of calculating the amounts owed to FTP players.
General Poker News Poker Society News Back to articles