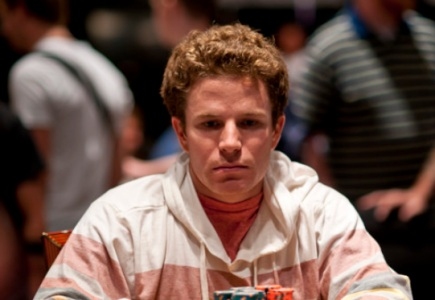 US vs. Brasil heads up – a treat for the audience

New York player Will Jaffe and his Brazilian rival Luis Campelo fought it out for the main prize and the distinguished bracelet in the Wednesday's heads up of the Event 54 - $1,000 buy-in No-Limit Hold'em of this year's World Series of Poker keeping the audience well entertained.

The tough and dynamic battle between two talented players was closely followed by the gathered railbirds who cheered them on with the chants "USA" and "Ole Ole Ole" to see the American player win in the end and claim his first WSOP bracelet together with the impressive first prize of $500,075.

The event was entered by as much as 3221 participants, where Jaffe and Campelo fought for more than three days to reach the heads up at level 33. However, after two hours the game had to be stopped for the night and the players continued the competition on Wednesday.

Upon return Jaffe managed to leverage a slight chip lead and rapidly turn it into a 2 to 1 advantage, but the Brazilian fought back and at one stage even took the chip lead away from his US opponent. The game went on to see Jaffe reacting with a stream of aggressive moves to eventually eliminate his worthy rival who won the second placing check for $309,429.