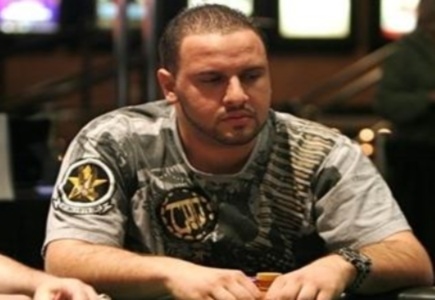 This is his second Players Championship victory This year Michael Mizrachi (31) won for the second time the Event 45 - $50,000 buy-in The Poker Players Championship of World Series of Poker, last time dominating the event back in 2010 when he bested 115 other players to win $1.55 million and claim his first WSOP bracelet. In this year's competition closed on Thursday notable for the excellence of its 108-entry list and disputable floor ruling, US poker pro took the first prize worth $1,451,527 and his third WSOP bracelet. After his latest triumph, Mizrachi said it was his favourite event and one in which he would try for more successes in the future. Later this week, he is expected to take part in the approaching million dollar Big One for One Drop charity competition. The start-studded competition included the internationally respected names and among those who did not make to the final table were Doyle Brunson, Phil Hellmuth, Daniel Negreanu, Phil Ivey, Patrik Antonius, Viktor Blom, Owais Ahmed, David Singer, Ville Wahlbeck, Matt Glantz, Ali Eslami, Keith Gipson, Lyle Berman, Alexander Kravchenko, Jeff Lisandro, Jon Spinks, Joe Cassidy and Daniel Alaei. Apart from Mizrachi, the elite final table company numbered the following players: Chris Klodnicki, Andy Bloch, Luke Schwartz, Roland Israelashivili, Stephen Chidwick, Bill Chen, Bruno Fitoussi and David Oppenheim. Judging by the final table participants, the spectators could have expected a long and exhausting game, but the action progressed swiftly to reach heads up in just under six hours, with Mizrachi sending home most of finalists. Philadelphia poker pro Chris Klodnicki was Mizrachi's opponent in the heads up at the level 22. The runner-up prize of $896,935 went to Klodnicki who was defeated by his rival's massive chip advantage, good cards and the knowledge to exploit them. “It was the best you could possibly run at a final table. The cards went my way, and I thought I played my best. When I was heads-up against Chris, I was getting all of the cards. It's tough to play against somebody who keeps winning every hand and playing super-aggressive,” Mizrachi did not hide has excitement holding the Chip Reese Memorial Trophy. After this victory, Mizrachi's career earnings rose to around $14 million and topped his WSOP career which saw him reaching eight final tables, winning three bracelets and making fifth place finish in the 2010 Main Event for $2.3 million. The final table of the event called by professionals the event to win, included also: Andy Bloch $561,738 Luke Schwartz $406,736 Roland Israelashivili $317,882 Stephen Chidwick $253,497 Bill Chen $205,856 Bruno Fitoussi $169,879 David Oppenheim $142,197
General Poker News Live Poker Tournaments Back to articles