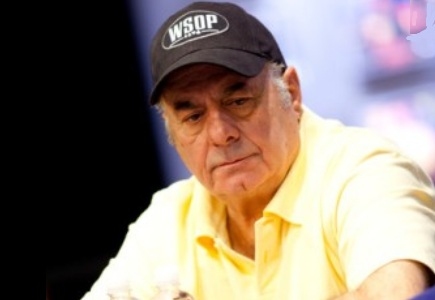 Panayote Vilandos wins Event 50 and his biggest prize so far

A star-studded field of 1001 entrants at the Event 50 - $5,000 buy-in No-Limit Hold'em of this year's World Series of Poker saw a brilliant success of the WSOP Veteran Texas poker pro Panayote Vilandos who earned his career best of $952,694.

This is the second WSOP bracelet for the well-known poker player who won his first back in 2009 by triumphing in the $1,500 buy-in NLHE event entered by 2,506 players.

Tough play at this year's event prolonged the competition for one day, so that Vilandos returned the field at level 31 to continue battle promising young players Kyle Julius and Dan Smith on the last day.

Despite having the lowest chip count, Vilandos managed to prove wrong anyone who had doubts about his triumph dispatching both at level 33 to emerge as winner. Smith earned a third-place prize of $368,943 and Kyle won amount of $589,687 as a runner-up prize.