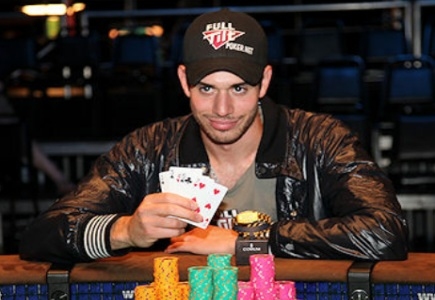 This weekend saw the end of WSOP Event 60 - No-Limit 2-7 Draw Lowball World Championship, where 26-year-old Nick Shulman took down his second WSOP bracelet, along with a winner's paycheck to $294,321.

On his way to this major success, Shulman had to face off another 100 entrants, and a tough final table which comprised Michael Wattel, George Danzer, Ben Parker, Ashton Griffin, John Juanda (who won the event in 2011), Bob Bright, Ali Eslami and Larry Wright.

The heads-up were intense, but fortunately for Shulman, brief, and it did not take him long to send his final opponent Michael Wattel home with a consoling prize in his pocket.

Apart from Shulman, other top earners in the event were: