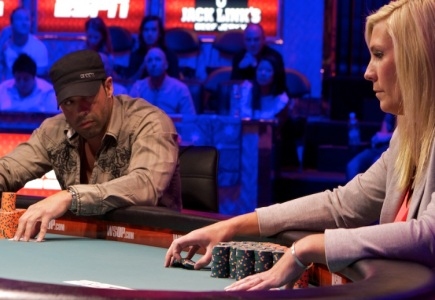 World Series of Poker event 41 - $3,000 buy-in No-Limit Hold'em was marked by Jackie Glazier's taking part in the final table being the tenth lady to make a WSOP final table this series.

Glazier, a poker player from Downunder, presented herself in the best light during this week, being very close to beating poker pro Greg Ostrander, also known as former Calvin Kline underwear model and policeman, in the heads- up game.

Paul Vas Nunes was eliminated before the heads up earning $290,407 as the third place prize.

Glazier held 3 to 1 chip lead in the heads-up when the overnight break was agreed. However, after the game was continued, Ostrander's talent and good cards prevailed, denying the lady the bracelet and the main prize of $742,072. It seemed that Glazier was unable to maintain the same level of play after the break, so Ostrander used it to his benefit.