Update: Esfandiari Triumphs at the Big One For One Drop Tourney (Update) 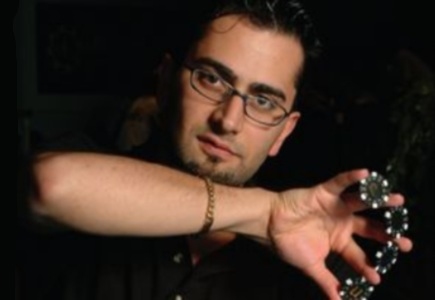 33-year US poker pro wins the biggest prize money in poker history The attention-grabbing $1 million buy-in Big One for One Drop charity tournament of the World Series of Poker ended Tuesday in Las Vegas with a dominant triumph of 33-year-old US poker pro Antonio Esfandiari who took home the biggest prize money in poker history - $18,346,673. Following the great success, Esfandiary dedicated the top prize and $250,000 winner's platinum bracelet to his father Bejan, who was at the Rio to watch his son create history and has always been his biggest fan and his inspiration. A final table distilled from the stellar list of 48 original entrants included also Sam Trickett, UK pro; David Einhorn, the businessman; Phil Hellmuth, the 12-time WSOP bracelet winner; Guy Laliberte, the Circe Soleil owner and businessman, famous for launching the concept of Big One; Brian Rast; Bobby Baldwin, Richard Yong; and Mike Sexton. Total prize pool reached amazing $42,666,672 out of which the amount of ca. $5.3 million (11.1%) was set aside for water charities. The first to go with the prize money $1,109,333 for his ninth position was the broadcaster and poker elder statesman Mike Sexton. Other pay-outs at the final table included: 8th Richard Yong $1,237,333 7th Bobby Baldwin $1,408,000 6th Brian Rast $1,621,333 5th Bobby Baldwin $1,408,000 4th Phil Hellmuth $2,645,333 3rd David Einhorn $4,352,000 who pledged to donate any winnings he makes to charity. In the heads up, Esfandiari faced 25-year-old Brit professional Sam Trickett holding a 3 to 1 chip lead. US pro maintained his significant lead to win with three fives he acquired before the turn and overcame Trickett's flush draw to emerge victorious at hand 85 and eliminate Trickett with a remarkable runner-up prize of $10,112,001 which places him amongst a poker elite as only three other players can boast four or more seven-figure career tournament wins - Michael Mizrachi, Phil Ivey and Gus Hansen. "It's unbelievable. I just knew I was going to win. It's euphoric. I'm so happy right now, and I don't even think it has set in," Esfandiari told ESPN, as his name rocketed into the top of the earnings chart for professional players after a historic win. The next event to come under the spotlight is the World Series of Poker main event scheduled for July 7 where organisers anticipate a bumper entry field in excess of 7,000 players for the $10,000 buy-in NLHE competition.
General Poker News Live Poker Tournaments Back to articles