Update: Big One for One Drop Soon to Commence 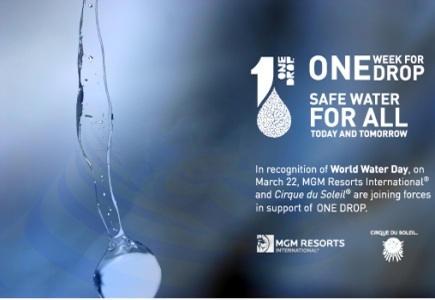 The one million buy-in tournament attracts many interested parties

July 1st is booked for the start of the $1 million buy-in Big One for One Drop tournament in Las Vegas attracting a lot of players, businessmen and industry experts interested either in huge prizes or the humanitarian character of the event, as one part of the tournament funds will be allocated to relieve water shortages in third world countries.

30 professional players and businessmen have already anted up having substantial means to cash in for the participation in this 48-player-capped event.

The first prize of the three-day NLHE event will be the biggest in history, exceeding even Jamie Gold's $12 million won in the main event of the World Series of Poker back in 2006. The winner will be also receiving the so far biggest pokers tournament bracelet.

The charity part will account for slightly over 11 percent of the total buy-in.

"I think the drama here is the size of the stakes and the eclectic mix of characters sitting at the table. You have everything - billionaires, a Facebook millionaire, venture capitalists and business people."

As per Associated Press reports issued on Friday, there are only two spots still available before the event reaches its cap of 48 players. Following the tweets posted by several top-class players about their plans to join the event, the cap is expected to be reached and create a $42 million worth final table to be entered by nine best players.

The action will be livestreamed over the internet on Sunday going on Monday, with final table play emitted with a fifteen minute delay Tuesday on ESPN2.

As on several previous occasions, Einhorn announces he intends to give to charity any winnings he may make.