Update: Big One For One Drop Ready for Final Table 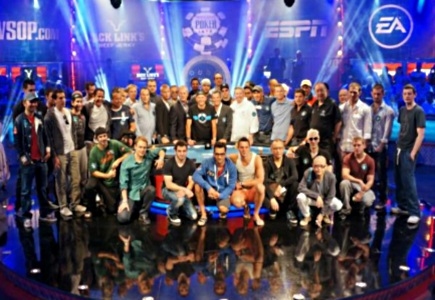 Esfandiari dominates the tourney and leads at Level 17

The million dollar buy-in Big One for One Drop reached the final table stage Tuesday with Antonio Esfandiari leading the group of the last eight players left to battle for the main prize.

So far, Chamath Palihapitiya lost his stack to John Morgan in the first hand to be followed by Vivek Rajkumar just twenty minutes later after a clash with Frederic Banjout, who himself did not stay in the field much longer.

These are the final table entrants: