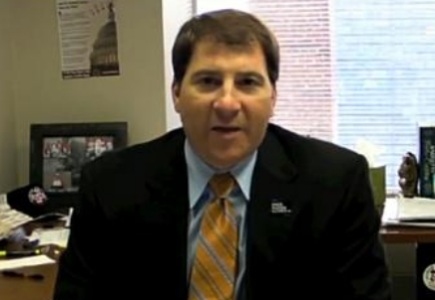 The U.S. tribes' opposition to inevitable legalisation is now changing

US tribal attitudes towards online gambling are changing these days as tribal leaders are taking a more pragmatic view of online poker, fearing they might get left behind "in the rush to expand legalized gambling to the Internet."

Eight months ago Tulalip Tribe secretary Glen Gobin told a Congressional hearing that the tribe was totally opposed to any form of online gambling, yet in July this year informed a Senate hearing that the tribes must be consulted on legalisation, asking for equal chances when participating in the market.

“Glen is a realist. Inevitably, they're going to pass something. I think tribes as a general observation would prefer that it not happen, but tribal leaders are being realistic,” adding that the Washington tribes have set up a task force to study online gambling.

Poker Players Alliance executive director John Pappas said: "It's definitely safe to say that the tribes' position is evolving on a federal solution. They are not comfortable with the idea of having to go to a state to get licensed. But now states … are beginning to move forward and tribal casinos could be left in the dust.”

While the PPA wants a federal solution for online poker only, with licensing and control through the U.S. Department of Commerce, Gobin and many other tribal officials prefer the idea of regulation and licensing for their involvement to be left in the hands of the National Indian Gaming Commission, a federal agency that regulates the gambling operations of 237 tribes.

Elizabeth Lohah Homer of the Osage Nation supports him marking the National Indian Gaming Commission as “the ideal federal agency” to oversee online gaming, warning that giving the job to any other agency “could prove disastrous” because of years, or even decades, it might take to get established.

There are also a lot of lobbying that cost the PPA over $7.5 million since 2007, and hundreds of thousands more to individual political campaigns, and tribal interests donated over $20 million last year and $58 million to federal candidates since 1990.

Former Congressman and now PPA ambassador, Jon Porter, thinks Congress should accept the fact that Americans will gamble on the Internet, and legalised online poker could help both commercial casinos and the tribes.

“It's clear that any industry which fails to embrace the Internet is doomed to failure. Think of the struggles that newspapers have been going through, or how long it took the recording industry to effectively sell digital music,” said Porter.

The Mohegan tribe in Connecticut chairman Bruce Bozsum last month told the Senate Indian Affairs Committee that online gambling is “a reality in today's digital world” and that the Mohegan Tribe prefers a federal solution and “is doing everything in our power to prepare for it.”

“Tribes should be extremely hesitant to entrust their economic futures to the tender mercies of the 50 states, many of whom are still in financial crisis and looking for new sources of revenue,” Bozsum is determined.

Hawaii Democratic Sen. Daniel Akaka, the chairman of the Senate Indian Affairs Committee and a close ally of the tribes, unveiled a draft of his proposed Tribal Online Gaming Act - a measure that would allow federally recognised tribes to apply for licenses to operate online gambling.

What's more, Akaka would put the Department of Commerce in charge of online gaming suggesting it creates a new Office of Tribal Online Gaming.
General Poker News Poker Society News Back to articles