The World Poker Tour Ponied up and Partied up in France 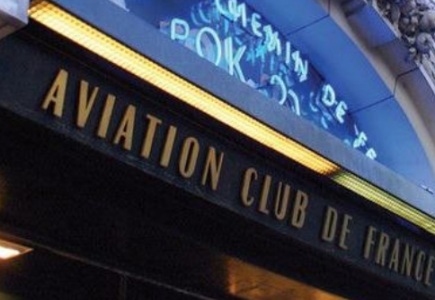 The World Poker Tour held the WPT Grand Prix de Paris at the Aviation Club this week. So far, there were 4 fast-paced, edge-of-your-seat, days of poker action - day 4 (Friday) - was a nine hour round that whittled down the original entry field of 228 participants to the following 6 survivors:

The chip leader at the end of day 4, Matt Salsberg, is the executive producer of Showtime's acclaimed cable television series 'Weeds', which is currently in its eighth season.

The prize pool is confirmed at Euro 1,624,500, which will be distributed to the last 27 players with final table pay-outs as follows:

In addition to the hefty winner's prize pot, the winner will also receive a seat in the $25,000 WPT World Championship in May.

Although obviously people had gathered to play poker, there were a variety of celebrations worth mentioning: There was a Thursday lunchtime cruise that launched onto the River Seine in the region of the Eiffel Tower, and then glided past many of the Parisian historical and modern landmarks such as Notre Dame Cathedral, the Musee d'Orsay, the Louvre, and the Conciergerie.

After the epicurean dinner, everyone was hustled over to the Queen to meet up with other Grand Prix de Paris participants for the WPT Players Party. Queen is one of Paris' royal nightclubs, renowned as a place to see and be seen, a place which has featured globally famous DJ's such as Martin Solveig, Bob Sinclair, David Guetta, and Avicci. In addition to the poker players' celebration, Queen was hosting a competition for France's best DJ the same night.