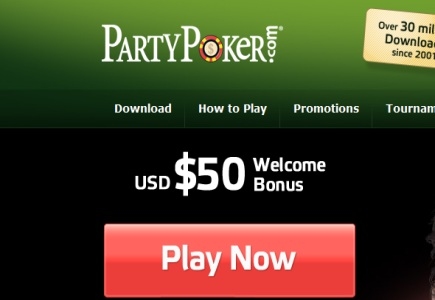 After a software glitch at PartyPoker at the end of last month have and apparently enabled some players to see a set of hole cards while wagering, revealed a completely different set once the cards were turned over, and switched player names mid-hand, the company issued a statement, explaining what happened.

Namely, it stated that the problem was caused by interference with additional Holdem Manager 2 tracking software on player systems, which does not seem like a viable explanation since some players said they don't use that particular software and still had the same problems.

A PartyPoker representative tried to reassure players, saying: “This issue occurred some months ago now and to our knowledge has not reoccurred since. The game logic is all held server side, including for example the selection of the winning hand. These servers are secure and constantly monitored. Even if there was a display issue caused by a third party tool, the result of the game would not be changed as aforementioned the logic is server side. With regard to the display issue we continue to look for a root cause and have this flagged as a priority for our technical team.”

He also added that the issue has been “escalated to the highest possible level within the business. To date we have had very few reports of the issue directly to our customer service team however we continue to investigate all possible avenues including the influence of third party software.”
General Poker News Poker Software Back to articles