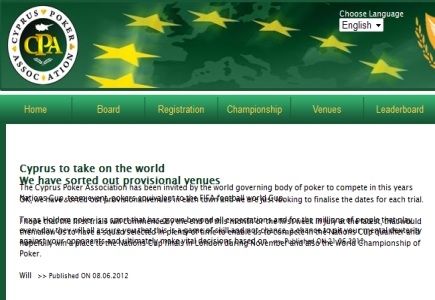 Media and industry observers were shocked and appalled this week when news came that over 60 players got arrested and briefly detained by the police on the Mediterranean island of Cyprus due to bureaucratic bungling.

The series of police raids all over the island resulted in the arrests of members of the Cyprus Poker Association who were practicing for an international poker event without playing for real money.

Media learned from CPA spokesman Antonis Theophanides that the Association was just holding the games in order to select 10 top players to represent the island at the Nations Cup competition scheduled for London in September, which explains the outrage because of the arrests.

To make things even worse, the Association sent all the details of the preparations and the competition to the police, the attorney general, the interior minister and the president of the Cyprus sports federation three weeks in advance, and even had a conversation with a police representative who gave it green light on the project, but their players still had to go through this unpleasant situation.

The case is reportedly still being investigated by the police, while the whole fuss is growing bigger and bigger.
General Poker News Poker Society News Back to articles