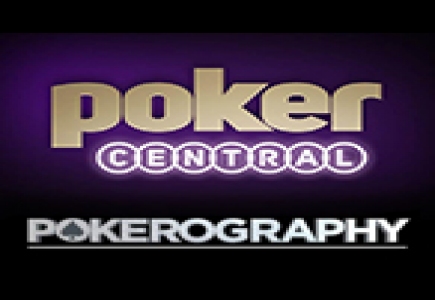 Generally, poker players on the TV, or big screen makes for terrible viewing. Movies about poker, are usually done poorly, and become more of a gimmick looking to cash in on a fad. Rounders being the one exception. But this actually had a plot rather than just a few cameos by poker players who can't act. While the many do it wrong, a few do get it right. After all, poker players do have interesting lives that not many know about. We all hear the tales of high stakes bets on golf. Outrageous prop bets for more money than most of us will see in a lifetime. And many other exploits that would genuinely be entertaining to watch. The latest poker documentary about Daniel Negranue called Kid Poker gave us a glimpse into his life. It turned out to be very entertaining. Poker Central is one of the few, if not the only poker related production company that does the poker world justice by providing quality poker content. There are no gimmicks, or poorly produced videos that have no substance. One of their best productions was Pokerography. This was a show that featured various poker professionals in a biography style show that provided an in depth look in to their lives. The first season was a big hit, and is now back for a second season. Season one featured some of the biggest names like Phil Ivey, Chris Moneymaker, and Antonio Esfandiari. Hard to top a lineup like that to be honest; but Poker Central is going to try. In season two, you can see more top pros that includes a diverse group that will provide a unique mix of entertainment. Here's a list of all the players scheduled to be on season 2 of Pokerography. Jennifer Tilly Brian Rast Celina Lin Byron Kaverman Jason Mercier Maria Ho Liv Boeree Jonathan Little Nick Schulman Chris Moorman Jason Koon Isaac Haxton Johnny Chan Each episode will provide a look into the players lives, and back stories from their own words, and from their peers. Johnny Chan is the most anticipated of this group for sure given his legacy and all he has done in poker. You can watch all the episodes from season one right now on Pokercentral.com. Sneak peaks at season two can also be watched.
General Poker News Back to articles

Season One had a really quality and interesting episodes. I really enjoyed the whole season. I hope Season Two will be a good one too. I'm a big fan of Maria Ho...

Season One had a really quality and interesting episodes. I really enjoyed the whole season. I hope Season Two will be a good one too. I'm a big fan of Maria Ho and always watch her Twitch channel so I'm reall waiting for her episode. In my opinion this is a much watch TV series for everybody who wants to be a better poker player.