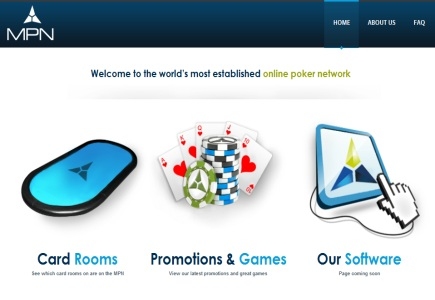 It was reported on Feb. 18 that the MPN (formerly known as the Microgaming Poker Network) Bad Beat Jackpot has reached its all-time peak and has become the second largest in online poker history at over Euro 793 000.

This means that the player whose hand gets cracked will receive a minimum payday of Euro 262 500. In addition, a novelty introduced into the Bad Beat Jackpot is that it will be overhauled from March 19 – as opposed to before, when players had to sit at designated Bad Beat Jackpot tables, the MPN's system now lets players at any Euro 0.10/Euro 0.20 or higher Hold'em table to opt in and out of the promotion at any time.

Therefore, those who decide to pay 2 cents per hand will be able to participate in the network-wide jackpot, and the payouts extend to all players who opted in across that stake.

As for some other novelties, they include the following: any four of a kind beaten will trigger the jackpot, as long as both hole cards are used; and the jackpot will trigger even if both players involved in the winning hand are not opted in and no administration fee will be taken from the jackpot.

One MPN licensee commented on the new developments – Unibet, whose head of poker, Steve Cutler, said: “Bad Beat Jackpots are long proven as a powerful acquisition tool, but at the same time restricting the Bad Beat pool to particular tables can diminish its value, resulting in split liquidity and less frequent payouts. We expect the ability to offer a Bad Beat payday on all our tables to significantly enhance our offering and increase player satisfaction and lifetime.”

On behalf of MPN, Lydia Melton, head of network games at Microgaming, said: “The trend in the industry has been to remove jackpots altogether, which is a shame. Poker is a skill game, but even poker players like a shot at a jackpot prize every now and then. With the introduction of our new Bad Beat Jackpot, we solve the problem of liquidity segmentation seen in other Bad Beat Jackpots, and make the whole promotion accessible to all MPN players. More frequent payouts, easier wins and no admin fee; the industry has never before seen such an efficient and effective method of player rewards.”
Promotions & Bonuses General Poker News Back to articles