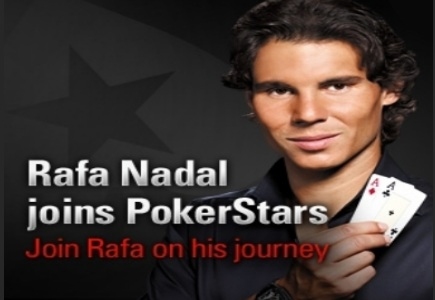 A top tennis star Rafael Nadal has been signed by online poker provider PokerStars to feature in its television ad. The popular tennis player is promoting the poker giant in Spanish and English, appearing in both TV and print ads. The campaign is also active on social media such as Twitter and Facebook, where Nadal has literally millions of followers. Via his own Twitter acct, Nadal announced the launch of a new ad this week.
General Poker News Poker Promotions Back to articles