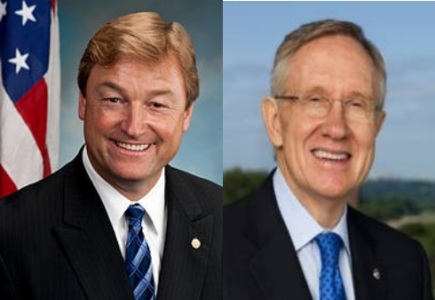 The Reid vs. Heller dispute over the best way to introduce a new online poker legalisation bill initiated Arizona's Senator Jon Kyl involvement who said that: "The object here should be to pass a bill and not make Senator Heller look bad."

The argument between the two Nevada Senators - Democrat Harry Reid and Republican Dean Heller - started when Reid had tried to impose a deadline on his request that Heller muster Republican support for a joint Democrat-Republican attempt to introduce a federal legalisation bill on internet poker.

Senator Kyl, who has co-authored the bill with Reid, agreed with Heller's suggestion that the bill be introduced to the House of Representatives and not the Senate: "I am afraid that if the Senate acts first the House will feel itself jammed and it wouldn't go anywhere."

Kyl even accused Reid of playing a political game, making the project harder to achieve: "Instead of an approach by which we might have been able to bring people along, I think it looks to be what it is, and that is very political."

"It looks like some political hack wrote that letter for Harry. I think he wants to get this done but he must appreciate that letter was going to make it very, very hard. I am distressed it has taken the turn that it has." Kyl concluded.

With the limited time remaining in the current session of Congress, the Reid-Kyl bill, ponderously titled “The Internet Gambling Prohibition, Poker Consumer Protection and Strengthening UIGEA Act of 2012”, has proposed several measures.

Firstly, the legalisation will apply only to online poker and not online gambling in general. Individual states will be prevented from offering casino/slot style games over the internet as part of the lottery product. What's more, internet cafes and international player pools are specifically prohibited.

Also, the anti-online gambling enforcement measures are to be stepped up, probably through strengthening the Wire Act and IGBA.

There will be a new federal government organisation responsible for licensing and regulation titled Office of Online Poker Oversight and housed in the US Department of Commerce,

During a two year 'black period' only land-based US casino operators with existing licenses will be considered for online poker licenses, while online companies which continued to be active in the US market after the 2006 passage of the UIGEA will be excluded for 5 years.

Federal tax of 16 percent is proposed: 14 percent going to individual states and tribes that have opted in, and 2 percent to federal coffers for regulation and licensing cost.

It is proposed to drawn up a white list of licensed operators and the financial institutes will be required to block transactions with non-listed companies. At the same time heavy fines and forfeiture measures would be prescribed for unlawful operators.
General Poker News Poker Society News Back to articles