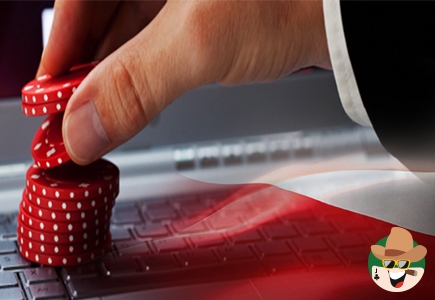 Poland has been one of the few countries in the European Union, operating under a grey market online poker umbrella. While many countries have chosen to legalize, and regulate online gambling, Poland remained on the outskirts.

Online poker was much like it was in the United States prior to Black Friday. It was neither legal, nor illegal. Some online poker rooms chose to continue offering their services, while others steered clear. People can still play on sites that chose to operate within Polish borders, but it was open to future ramifications.

With their latest step to regulate the game, a friendlier tax was proposed to entice operators to become regulated and allow Poland to collect on that revenue.

In July of 2016, Poland's Council of Ministers announced the Polish Gambling Act that would allow for online operators to offer more than just online poker. Essentially opening the gates for a full blown online gambling market.

This was later retracted, and word out of the buffer state now is that Poland will be running their own show. Instead of allowing operators to obtain licenses and create a competitive, free market, Poland will now be a state run monopoly.

No outside operators can obtain licenses, and only state run sites will be considered legal. There is still no law that requires a site to have a license which does not solve the grey market that still operates. Players in Poland can still play on one of the dozens of unregulated sites; but that is expected to change as well.

Polish regulators plan to ban IP addresses of sites who currently offer games to Polish residents. By January 1st 2017, Poland is expected to be completely state run, with no outside options. More games will be offered including slots and other casino games alongside poker, but only available through a regulated state site.

This has raised the question as to whether this complies with the EU laws as it pertains to online gambling. Many feel it does not comply and will lead to complications down the road.
Bingo Society News General Poker News Back to articles

In Hungary the situation of online gambling is the same one. The Hungarian Government have banned a lot of operators because these companies didn't want to pay high...

In Hungary the situation of online gambling is the same one. The Hungarian Government have banned a lot of operators because these companies didn't want to pay high taxes. Unfortunatelly a lot of companies (especially companies from the UK) decided to leave Hungary. But the others services are available using VPN or Hide My IP, etc...