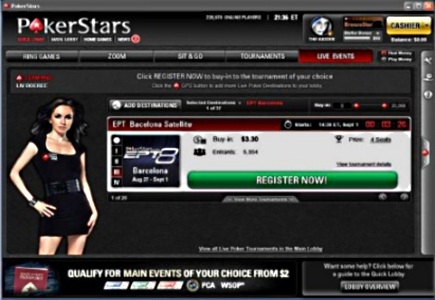 Industry leader Pokerstars organized last weekend a preview of a major software upgrade. The fifteen minute presentation held at the London Film Museum gathered a selected audience to walk through some extensive changes under the working title Pokerstars 7. Pokerstars 7 will be released soon for beta testing and it is expected that changes could still be implemented. The key points of the upgrade according to the company are: - simpler, less cluttered lobby - easier navigational and functional access for players with a 'quickstart' feature; - 'Live Events' navigation revised, meaning that players can access live poker tournaments sponsored by Pokerstars by simply using a tab in the lobby as well as using a facility which enables adding favoured venues to stay in the info loop - fast and easy player sign-up and more direct access to a broader range of table information in standard list, stake level and table types.
General Poker News Poker Software Back to articles