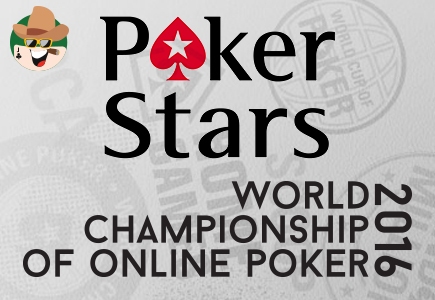 Poker Stars has long been the king of poker tournaments. One of the reasons they got that title, was by offering the best tournament schedule on the planet. Back in their early days, they were the first to run their own series of tournaments that acted much like a WSOP, or WPT event. It was called the World Championship of Online Poker – or WCOOP.

The series was so popular, they do it again, and again. Even spreading out to offer similar series like the SCOOP events. It's become the main attraction for online poker, attracting top professionals, and everyone with a few bucks looking to join in on the action.

Starting September 4th, Poker Stars will be running the WCOOP once more. It is scheduled to run until the 26th spreading across 82 events with varying buy ins. The schedule has been posted online on their main site for review. They ask players to leave their feedback and offer any suggestions that could potentially make it better. This is why we call it a tentative schedule. Its unlikely much will change, if anything, but they are open for suggestions.

Buy ins are on the larger side, so be prepared to open the wallet if you want to play any of these events. The lowest buy in is $109. There will ofcourse be satellites into every event as always; so for a couple bucks, you could play your way in to one of these events for the chance to win one of the massive prize pools.

To end the series, a $5,000 buy in main event will begin on the 25th. The winner is guaranteed $1.5 million. There will also be 1 re-entry allowed per player.

On the 18th, the world's largest online buy in will take place when the 8 Max Super High Roller will begin with a $102K buy in. And there will also be 1 re-entry allowed per player as if one buy in of $102,000 wasn't enough.

About half of the events will be re-entries, with the others being freezeouts, and the occasional rebuy. Re-entries will be capped at a set amount on all re-entry tournaments. You will also find plenty of deep stack, and mega deep stack structures.

Overall, it's a solid mix of games, formats and entries. Should be another successful WCOOP to add to their list of achievements.
Online Poker Tournaments Back to articles