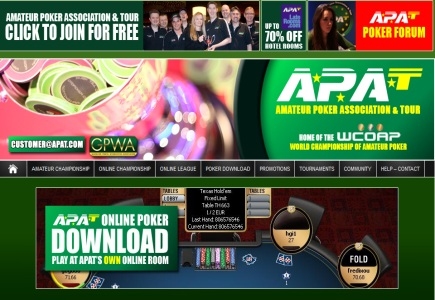 Site to be revamped An announcement came this week that the UK-based Amateur Poker Association and Tour, which has a membership of around 50,000 'recreational' poker players, has acquired UK-domained online poker room Poker and its player base. For the time being, the site will remain on the GTechG2 IPN network, using the same support facilities as before, until it gets revamped. Other plans for the rebranded site include satellites and entry to APAT's live and online championship tournaments on it, as well as cash games and tournaments 24/7. According to Des Duffy, md of APAT, Poker's founder Matt Dale will join the board of APAT as online poker director. He also added that the newly-acquired site will also be deployed to host APAT's National Online League and the inaugural National Online Cup, and will be used to promote other national and international sponsorships by the Association. In a comment on his appointment, Dale said: â€œWith a membership of over 50,000 players and a reputation for being community focussed, APAT is well positioned to bring something new to the online poker market and I'm delighted to play a partâ€.
General Poker News Poker Society News Back to articles