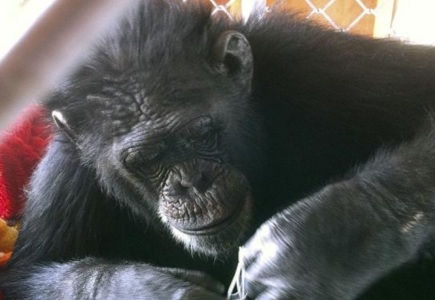 It was just last month that that two monkeys taken care of by poker pro, Lee Watkinson and his fiancée, Timmi DeRosa broke loose and explored their surroundings. As a result, the male chimpanzee, Buddy, lost his life.

Calamity Jane, the female chimp called CJ for short, has broken free once again. She was tranquilized, captured and take by police to the Southern Nevada Zoological-Botanical Park.

A Las Vegas police spokesman, Bill Cassell, said, “We're talking about a formidable animal, a big animal, not a little chimp. It was at least the size of a full-grown man. Luckily, we were able to set up a perimeter and contain it.”

Timmi DeRosa is now being accused of not having the proper permit to house a dangerous animal which is considered a misdemeanor and comes with a fine of $1,000 and six months in jail.

Watkinson and DeRosa simply cared the chimpanzee and did not actually own her or the male. The care for just one chimp can cost up to $1,800 per month and Chimps Inc., a not for profit organization, is collecting donations for the future care of CJ.

Regarding the situation, DeRosa said, “We don't think people should own chimps. We found these chimps in a horrible condition six years ago,” before drumming up support for charitable donations to Chimps Inc., by adding; “She's a Las Vegas girl and I hope people remember that.”
General Poker News Poker Society News Back to articles