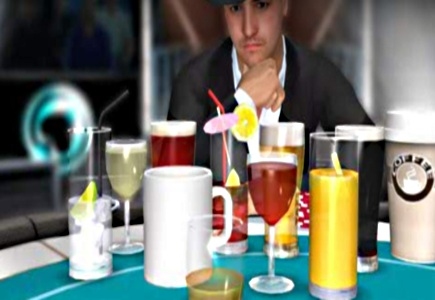 A new update has be launched to the UK-based 3D online poker room PKR's software - Version 2.08, which features a new feature that enables players to order in-game drinks for themselves and their friends in exchange for PKR points.

The sound effects are great in this feature, which incorporates a variety of drinks, such as pints of beer and cocktails, but also polyester cups of coffee.

In addition, along with the update, the company introduced a new playing venue - a luxury yacht, as well as facilitated multi-tabling as the software now enables several windows to be opened at the same time and arranged in a variety of ways.

Furthermore, the new update allows up to nine games to be displayed on one screen and enables players to record hands and share the videos on YouTube without leaving the table.

It was stated by a PKR spokesman this week: "Multi-tabling is massive now and we really wanted to nail it with this update. The hand-replay function is just awesome. We love to hear about the royal flushes and crazy bluffs that happen on the site - now everyone can share their favourite plays online and it really opens up the social side of the game."
General Poker News Poker Software Back to articles