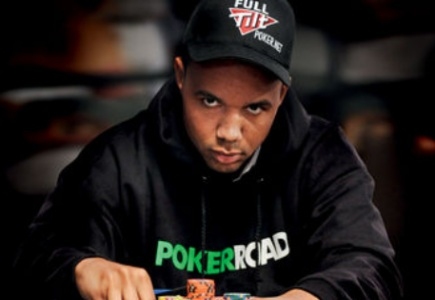 These days the Nevada Supreme Court is wondering whether or not judges should preside over cases involving those they've received campaign contributions from.

Arguments began Tuesday in Carson City regarding the case filed by Ivey's ex-wife, Luciaetta Ivey. Allegations flew that suggested the decisions made by the presiding Family Court judge were swayed due to a $5,000 campaign donation.

Chief Justice Michael Cherry believes that restriction of contributions could result in a violation of freedom of speech and that any decision may now have an effect on the campaigns to elect 82 Nevada district court judges in 2014.

People can donate a maximum of $10k in Nevada. It is this allowance that has been the source of accusations of judges favoring litigants and contributing law firms.

After 7 years of marriage, WSOP champ, Ivey was granted a divorce in 2009 by Clark County Family Court Judge, William Gonzalez. The couple had no children yet his ex-wife, Luciaetta Ivey, sought spousal support in 2011 and lost a bid to disqualify Gonzalez as it became known that Ivey and his lawyer donated cash toward his re-election campaign.

Luciaetta Ivey's lawyer, Bruce Shapiro, spoke to the state high court on Tuesday. He explained that Gonzalez was not being accused of any offenses; however the acceptance of campaign donations creates questions.

Ivey's lawyer believes that his ex-wife doesn't have a valid case since any donations made were given after the uncontested divorce was granted.

When Full Tilt Poker was seized by the US Department of Justice, payments to Ivey ceased and in turn he stopped making payments to Luciaetta Ivey. Ivey has since filed a case against Full Tilt.
General Poker News Poker Society News Back to articles