Pennsylvania Could Determine the Fate of Online Gambling in the U.S. 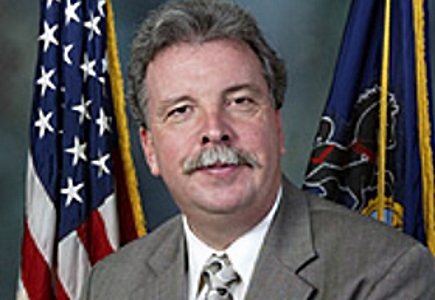 With a presidential election coming up, this means other seats in congress and state legislation will also be up for grabs. Some politicians are up for re-election, while other will retire.

One of those retiring is Pennsylvania Representative John Payne. Payne has been the leading voice behind online gambling in the state and also acts as the Gaming Oversight Chairman for the state. His current bill – A7619 has been introduced to state legislation several times. The latest on May 24th 2016.

His bill proposes the regulation of online gambling as well other caveats that would sweeten the pot for the state and other venues. It wasn't until the addition of VGTs to the bill that it started gaining support. His current copy of the bill would allow for the expansion of VGTs (slot machines) to race tracks and airports in the state.

Another bill – HB649 has similar verbiage, with one major difference. Bill HB649 would allow for a wider expansion of VGTs to be allowed in social clubs and pubs. Essentially allowing any bar or venue to have slot machines.

Both bills were introduced at the same time, with both getting shot down. Mainly due to the fact that having two similar bills caused confusion and debate as to which one was better for the casinos. In the end, John Payne's bill has gained the support of casinos as they feel HB649 is a threat to their own businesses.

This is the good news.

Now that support has been tipped in the favor of one bill and everyone can agree that it best suits their interest, it still needs to be passed. With less than 6 months left to do so, the literal clock is ticking to get online gambling passed immediately.

After 2016, Payne will retire and Pennsylvania will need to search for a new voice to speak out on behalf of online gambling. No easy replacement. This could mean that if no bill is passed by the time Payne retires, online gambling could slip under the rug until someone decides they want to take on this task – which would once again lead to uncertainty on the matter.

In 2009 after Barney frank retired, who was the overwhelming force behind online gambling regulation in the country – we not only saw a drop in interest for this regulation, the pendulum shifted from support, to opposition quickly.

Frank managed to build much support with lots of hard and effort, only to see it go away in an instant after he retired.

Many fear the same will happen if a bill is not passed in 2016 before John Payne retires. This makes Pennsylvania a state to watch in the next few months.
Poker Society News Back to articles