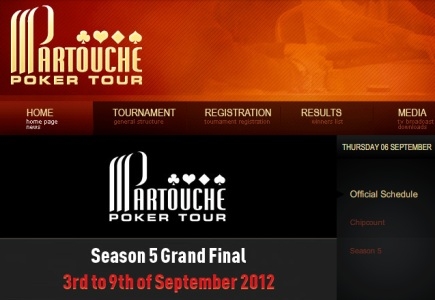 A big row has been cooking in the industry, involving the French gambling group Partouche and its guaranteed prize pool in the currently ongoing Partouche Poker Tour (PPT) main event.

The problem arose when the much marketed Euro 5 million the company has apparently set aside for the prize pool, was reduced to Euro 4.3 million in the company's advisory to players in the Euro 8,500 buy-in event.

This, of course, outraged the players, who immediately engaged online sources to find proofs that the company advertised a guarantee of Euro 5 million, even though it changed all the references to the amount on its website.

However, these moves did not seem to move the tourney organizer Maxime Masquelier, who only commented: “For a buy-in of Euro 8,500 I think we can be proud of the final figure. At no time did we say that Euro 5 million was secured when it is guaranteed in writing.”

With so many angry players, message boards filled with discontent, and the nonchalant manner in which the organizers are dealing with the whole situation, the way this story is going to end is highly uncertain.
General Poker News Live Poker Tournaments Back to articles