Pam Anderson Involved in a Social Game Launch on Facebook 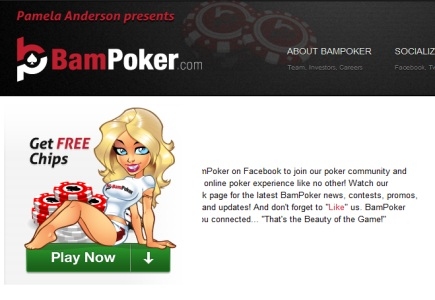 Former online poker site owner returns to the industry According to a press release Wednesday, Hollywood star Pam Anderson is involved in the launch of the new BamPoker app on Facebook, confirming her return to the gaming business. Towards the end of 2006, Anderson's PamelaPoker.com online poker site was launched to last but four months before being taken over by the well-known Doyle Brunson. Anderson's disappointment was attributed to the UIGEA's advent a month before, which caused havoc in the US industry. "Poker site should have been shut down last month. I have nothing to do with it anymore. Too many shady areas. I really don't want to encourage people to gamble. This must be turned off. It just didn't work out. Even in my heart. Good luck to Doyle's Room. I love him. He is authentic to the game. I made a mistake getting involved in something I know nothing about for a quick buck! Yuck. So unlike me. Glad it's over," said Anderson at the time, commenting on the venture. Apparently, Anderson changed her mind, at least judging by this week announcement of her involvement in the launch of the BamPoker app. Furthermore, it has been reported that she'd be playing Texas Hold'em against admirers who sign up to Facebook and play this game for fun. “We are committed to providing a fun, social and interactive gaming experience through quality game design. BamPoker encourages active user engagement and strong community spirit, something we feel has been missing from the online poker world,” stated the Canadian entrepreneurs Elton Pereira and Jeremy Nichele who developed BamPoker . Being an active member of the BamPoker community where she maintains a fan page, plays Facebook poker, and periodically chats with members via the BamPoker App, Anderson seemed as the best choice for Pereira and Nichele who planned give the game “personal touch”. “When I first met Elton and Jeremy, I knew they were on to something special. They weren't interested in creating just another game — they wanted to take the social elements of online poker in a bold new direction. There is nothing like BamPoker out there today, and I am excited to be a part of such an innovative platform!”, says Anderson. The relevant press material contains no reference to Anderson's former industry activity.
General Poker News Poker Promotions Back to articles