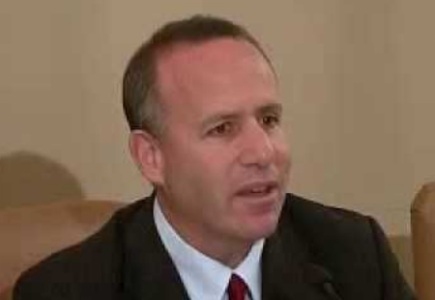 At least not this year, according to Senate President

Having in mind the different opinions on the legalization of online poker in the state of California and the August 31 deadline for new legislation in California, it seems like the initiative's chances for success are minimal.

This prediction has been confirmed by one of the legalization supporters, the State Senate President, Democrat Darrell Steinberg, who stated that passage is still possible, but that it is unlikely to happen in the last four weeks of the current session.

What's the chief problem? Most likely the opposition of some tribal groups to the measure proposed by state Sen. Rod Wright, which was introduced in February but has not even made it out of the committee stage.

Further on, Steinberg said that different tribes have different opinions regarding the issue, so some support the proposal, others oppose the Wright-Steinberg bill but agree with the idea of legalisation, while others rejecting completely the concept of legalization of the pastime.

“I'm not going to break a pick on this issue. But I'm willing to see it through if there is a little more consensus,” he added.

Apparently, the Rincon Band of Luiseno Indians, which is supportive of the Wright bill, is trying to provide more support for it. According to Steven Stallings, a Rincon council member who still appears positive about reaching a deal before the session ends, his tribe is currently trying to work out acceptable bill wording with the California Online Poker Association, which opposes the present version.

However, things may be made more difficult with an appeal filed by the California Tribal Business Alliance, a coalition of California Indian tribes, to the state Legislature in which it urges the lawmakers not to rush any Internet gambling bill through in the final weeks of the current session.

The alliance opined in its note: "Last minute, back-room brokered deals on an issue that is vital to our tribal governments is the type of action that we must, and will, oppose until the final minute of this legislative session."

And while the group opposes Wright's bill, it is supportive of online poker legalization.
General Poker News Poker Society News Back to articles