Online Poker Legalisation in the USA: When, Where, How? 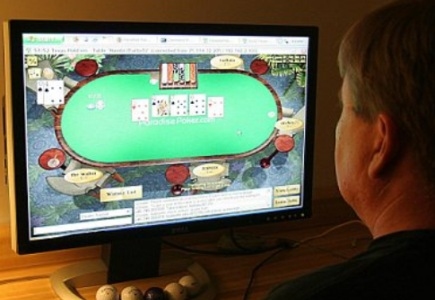 Speaking at the Global Gaming Expo in Las Vegas Frank Fahrenkopf Jnr, chief executive of the powerful US gambling trade body the American Gaming Association, expressed little hope for federal legalisation of online poker this year, noting that time was running out for current initiatives planned in Congress. "We will need plenty of hard work and a little gambler's luck to see the Reid-Kyl bill pass this year," Fahrenkopf said, adding that clearly nothing was going to happen before the election, and the lame duck session would be the last opportunity in the current Congressional session. Fahrenkopf said that billions of dollars are at stake, marking the online milieu as "the next frontier of our business" and foreign online betting sites as potentially big competitive threats to the US casino industry. According to Fahrenkopf, nearly 85 nations around the world have legalised online gambling, with estimates that up to $35 billion is being wagered online every year, much of it by US punters despite American legislative attempts to halt progress. Citing statistics from H2 Gaming Capital the AGA chief said this figure corresponds with gross commercial gambling revenues in the U.S. of some $35.6 billion for all of 2011, excluding US tribal gambling which the Senate Indian Affairs Committee reported topped $27 billion in 2011. Revealing data from state regulators, he notified that casino revenues have increased so far this year in 17 of the 21 states that allow commercial gambling, and the numbers are up almost 6 percent overall. Nevertheless, the AGA will continue to lobby in Congress for legalised online poker in the US. Such a federal solution would be preferable to a state-by-state scenario where "a patchwork of rules and regulations will make oversight difficult and put customers at risk," warned Fahrenkopf.
General Poker News Poker Society News Back to articles