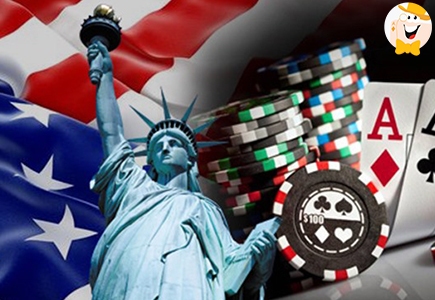 New York was once considered the long shot in a 3 horse race to be the next state to regulate online poker. With Pennsylvania and California moving closer, and passing bills through their respected houses, New York remained silent on the matter.

When it comes to politics, nothing is certain except taxes.

Early in June 2016, New York took its first steps towards regulating online poker. Bill S5302C was introduced to the Senate Finance Committee and passed with a 20-8 vote – moving it to the next step – State Senate.

Earlier this week, the bill was introduced to State Senate, and passed with a 53-5 vote. This is great news for any poker bill as it becomes the first in the United States to make it past State Senate since 2013.

If the governor passes the bill, it becomes a law instantly. If he vetoes it, the bill is turned down and must either face amendments, or a new bill must be drafted. If he does nothing, the bill will become law after 10 days.

Bill S5302C has a mass of support from industry leaders and voters. With a bill moving this quickly and facing no revisions, all sings look good that New York will become the next state to regulate online poker.

Many states are rushing to pass laws before their respective assembly's shut down for the summer. Most bills such as this seem to pass as they slide through and go unnoticed by much of the public. With a bill regarding a hot topic such as gambling, it might be the best time for it to happen.

If nothing is done, or State Assembly voted the bill down, it may be next year until New York has another shot at regulated online poker. This does not mean the death of online poker, but it does add another setback much of the poker world is sick of dealing with.
Poker Society News Back to articles