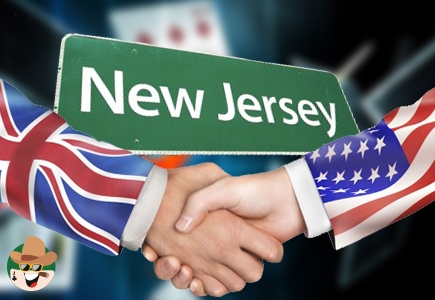 Since the beginning of poker regulation in the United States, almost everyone has agreed that a mixed player pool was the best way to create a stable poker market. But, much like everything else, the government never listens and decided to do it their own way.

As of now, it's a state by state regulation with all players segregated. We do have the exception of Nevada and New Jersey sharing players, but this is fairly recent and it's still early to tell if it's working or not. Early indicators say it's had little effect.

New Jersey seems to understand that the only way they can survive is to liquidate player pools. And at this point, it doesn't matter who those players are. New Jersey and the UK have started talks in combining player pools.

These talks are very much at the beginning stages and may or may not even come to fruition. The fact that they are talking, is what's important.

As with anything, the first step is to get the ball rolling, and that's where this is at right now. There are a few steps that need to take place and get that ball rolling further down the hill, but tis still a long way off from becoming reality. Many logistic and political issues need to be figured out before this moves forward.

The first step is to decide if this liquidation of players will even be a good idea. Sites who already have international platforms that operate in New Jersey (888, Poker Stars, BetFair) have been asked to comment on this matter, and provide their results by August 1st 2016 - which is less than 2 weeks away.

Some of the issues that need to be worked out include geo location of players, and more importantly, taxation. Both regulatory bodies have their own tax program when it comes to poker and online gambling. How to tax players will be the biggest obstacle to overcome.

Some may ask why the UK would consider partnering with such a small pool of players. We could look at the latest Brexit vote that will see the UK leave the European Union which had some strict laws on online gambling. This move could be a step to counteract their exit from many countries that may not be allowed to operate in.

Sites that offer services in the UK must be located in the UK. If they leave the European Union, all of these sites will either need to move out of the UK to offer services to those EU member sites, or try to create a new player base. It appears they will be looking at the latter to fulfill those needs.
Bingo Society News General Poker News Back to articles