Nevada In Reid-Kyl's Mind And Bill 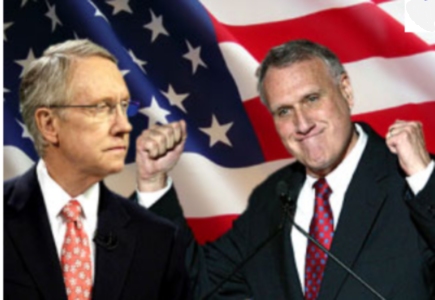 After studying the hard-to-get draft of the Reid-Kyl bill for licensing online poker at the federal level Steve Friess, a Politico writer, claims that the bill sets qualifications for states to licence legal online gambling that only his home state Nevada can meet, giving the state an opportunity to profit from any legalisation.

According to Friess, the bill not only outlaws other forms of online gambling which are not already exempted, but it also requires that a state must 'have demonstrated capabilities relevant to the online poker environment' in order to qualify as a licensing body for federally sanctioned online poker.

"Only one state fits that description because only one has yet issued any Web poker licenses: Nevada. In addition, the legislation as written requires a cut of the 16 percent 'poker activity fee' collected by the federal government to go to the state in which the poker site is licensed," he writes.

Obviously Friess is not the only interested party who has managed to get a copy of the Kyl-Reid draft - the Poker Players Alliance as well confirmed that it saw the bill and conformed to the widespread stories.

Interestingly enough, the clauses which suggested that poker fans playing on 'illegal' sites could face financial penalties are no longer present, and criminal actions against players are not mentioned at all.

However, provisions that will stop players from claiming money from government if enforcement agencies seize the money of illegal operators or e-cash processors are inevitably included in the draft bill.
General Poker News Poker Society News Back to articles