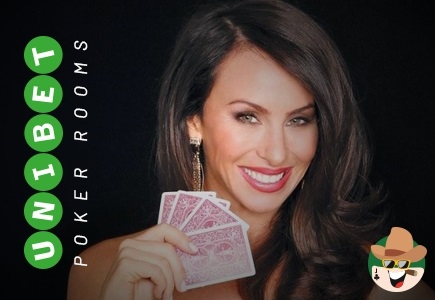 The upcoming Unibet Open in Bucharest, Romania will host a special guest at the JW Marriott Grand Hotel from August 2nd to 5th, as Molly Bloom, famous American entrepreneur and author of Molly's Game: The True Story announces her presence at the press conference and book signing at the event. Bloom will also host the #QueenRules Ladies Tournament on Friday, August 3rd, whose prize pool is estimated at €500,000 alone.

The critically acclaimed and Oscar-nominated movie from 2017 tells the story about an Olympic-class skier who ran the world's most exclusive high-stakes poker game and became an FBI target. It is rated with a weighted average vote of 7.5 at IMDb, but it is also highly appreciated among poker players worldwide.

Unibet’s head of events at the tournament, Nataly Sopacuaperu, is absolutely thrilled to have secured Molly for the event. The QueenRules Ladies Night is an entirely new variant of the game in which, due to a special deck, the Queen outranks the King. An on-going campaign around gender bias and gender equality is at the pinpoint of this tournament and there isn’t a more fitting participant than Molly, who confronted stereotype labeling during her era as the Poker Princess.

The PokerFest Romania attracts over 500 individuals per year and generates enormous prize pools. At last year’s main event, Marius Pertea cashed in on €90,925, whereas Traian Bostan outranked 603 players in 2016, claiming staggering €100,000. Unibet’s third tournament in the Romanian capital will also be backed up by a two-day €2,200 High Roller, a €165 Monsterstack and the €330 DSO Cup. Sponsored eSports players will compete for a share of €10,000 at a special event called "Battle Royale."
Poker Society News Back to articles

I saw the movie, it's interesting that she still have a contact with betting industry, now as a visitor