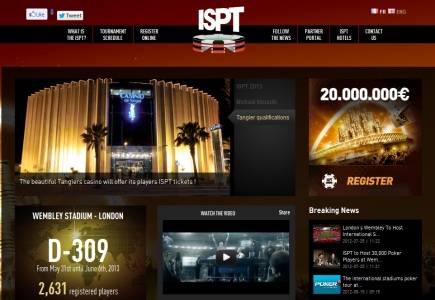 High profile pro to promote the project An announcement came this week that famous poker professional Michael Mizrachi has signed up to help promote the International Stadiums Poker Tour (ISPT) project, the brainchild of Groupe Bernard Tapie's Laurent Tapie and the former president of Partouche Interactive Prosper Masquelier. The project will debut at Wembley Stadium in the UK next May, and it combines online and live tournament technologies in massive poker tournaments in top international stadiums. Mizrachi confirmed this announcement in a tweet which said: “I just want to announce I will be @ispt_poker official ambassador. Will be one of the biggest tournaments ever held May 31, 2013!”
Live Poker Tournaments Online Poker Tournaments Back to articles