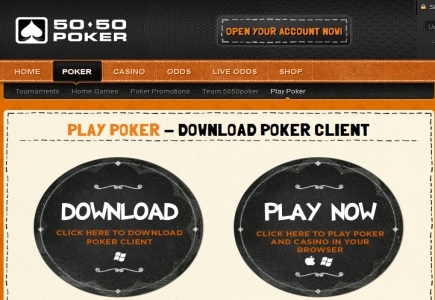 Deal brought to an end following financial difficulties Microgaming Poker Network has announced that its contract with 5050 Poker Limited was ended. This announcement emerged more than ten days after the issuance of the original press release related to the suspension of activity on the company's licensee 5050Poker. 5050Poker has been a member of the Microgaming network since August 2009. As per the website of 5050 Poker Limited, 5050Poker Holding AB listed on the Nasdaq OMX First North exchange is shown as its owner. The company was established in March 2007 relying on the concept of offering loyal players shares in the company. Patrick Sjögren (CEO) and Meta Martinsson (CFO) are names as the Management representatives of the company having operational base in Malta under the LGA regulatory supervision. "The decision was taken after giving 5050Poker Ltd over a week to redress a material breach of their contract, being the non-payment of monies owed to cure their overdrawn network clearing account," reads the Microgame press release. "Although 5050Poker Limited was given the opportunity to rectify the breach so that the suspension could be lifted, they have failed to respond. As such the Microgaming Poker Network had no choice but to terminate the contract." The 5050Poker website claims that "5050poker guarantees all players funds and all funds are audited by a third party auditor from Deloittes."
General Poker News Poker Society News Back to articles