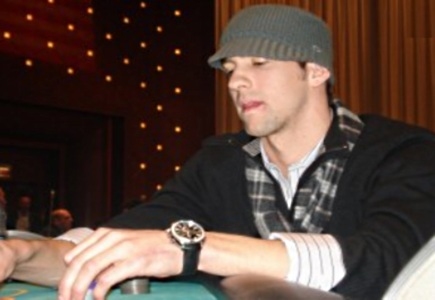 It's recently been reported that Michael Phelps, Olympian and poker lover, plays in a weekly $25,000 game. Too many of us, this is quite a bit of cash to spend on poker each week. "I love to play, it's fun, it's exciting. It was more something so that I could have time to myself. I could relax, I could be myself, and I could have fun," said Phelps. "It's a place where I can be me. I've met some of my best friends at a poker table. Some of the kids I'm always with, who I talk to every day." Phelps has developed a series of friendships at the poker tables and enjoys the social aspect of his weekly games. He is riding high at the moment due his success at the Olympics but friends may be concerned that such frivolous gambling could become a problem for Phelps in the future. According to a popular tabloid magazine, a source close to Phelps made the following comments: "All Michael thinks about is gambling. Michael has a 'don't quit until you win' attitude which was great while he was swimming but could be costly playing poker." The unknown individual is also concerned that the thousands Phelps has spent could lead to worse as “everyone's worried he'll be betting millions more."
General Poker News Back to articles