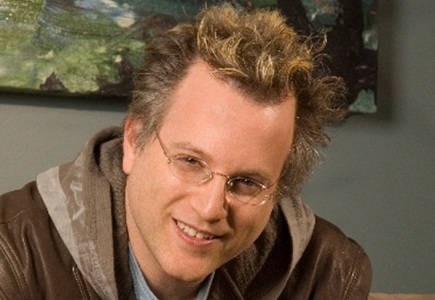 Does the famous author have any connections to Absolute poker founders?

After news broke that the notorious Absolute Poker scandal is to make the topic of the latest title by writer Ben Mezrich, rumors started appearing of his possible connections with the frat friends from Montana who founded the company due to his benign view of them, expressed in his televised interview on CNBC's Squawk Box.

Namely, the impression he gave in the interview was that the book is to speak on a positive note about the activities of the Montana University students who founded both Absolute Poker and its sister site, UltimateBet. This could be concluded from Mezrich's opinion that the founders are "brilliant", had launched the online poker industry and are "being persecuted", without any reference to the hole card cheating scandal that brought so many players at a disadvantage.

This, of course, outraged all those who still have the bitter taste in their mouth after the scandal, and triggered questions about Mezrich's intentions. One commenter on Twitter, Jon Eaton asked the writer directly: "@BenMezrich do you even understand what UB/AP did to the poker community? do you realize how many millions they stole? are you clueless?” to which Mezrich responded: "There are many layers to a story like this, that's for sure!"

However, this did not pacify the angry poster, who then said: "Really, there aren't "layers." They facilitated cheating, got caught, and fled the country."

The uproar also caught the attention of an expert on the Absolute Poker affair, blogger Haley Hintze (writing a book of his own on the cheating scandal), who tried to find out about the author's possible prior connections with the Absolute Poker founders, finding very limited and unconfirmed evidence.

Also, when approached for an interview, Mezrich only replied: "Eventually! enjoying reading all the different thoughts. I can say conspiracy theories are right out of left field, tho :)"

The major issue here may be the fact that players know and are irritated by the fact that the leading figures in the Absolute Poker and UltimateBet debacles remain largely unpunished for their activities. And this is something Mezrich should keep in mind when making statements about his new work.
General Poker News Poker Society News Back to articles