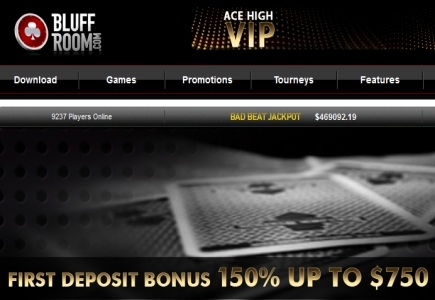 A report came this week that BluffRoom on the Merge Gaming Network is about to close its doors for good. It appears that, despite being regulated by somewhat inefficient Malta's LGA, Bluff Room player funds are now administered by the Merge cashier, which gives players a better chance of being paid out. The poker room was operated by an Italian internet gambling service company IG Partners Limited, which organized a reimbursement program due to its liquidity difficulties. As for the closure strategy itself, it's still to be announced, while in the meantime the Bluff Room website remains licensed and subject to the regulations of the not-so-distinguished LGA.
General Poker News Poker Society News Back to articles