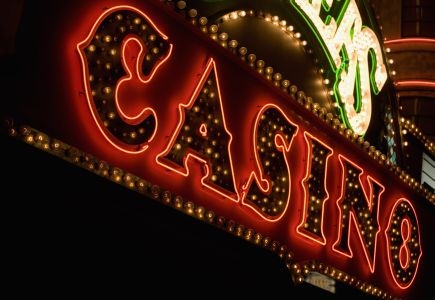 Maryland is in essence, in its infancy when it comes to land based gambling and casinos. They once had some of the toughest laws when it came to gambling, specifically, online gambling. The Maryland Department of Justice was the organization that helped shut down online poker on Black Friday. Most online poker rooms will not accept players from this state due to this fact.

Since live casinos have hit the shores of the Chesapeake Bay, and race tracks, Maryland Live remained the largest of the small number of casinos. That small number is set to grow by one in the coming weeks.

MGM Grand is building the largest, most expensive casino in the state. Once expected to open in just a few days, this opening date has been pushed back too sometime before 2017. Pretty standard for new casino openings.

Even before the casino has opened, they are already facing a lawsuit. Not from the state, or residents in the area, but from one of its future competitors.

Maryland Live has filed a lawsuit last week against MGM, claiming they stole a list of high roller clients that Maryland Live had owned. In the world of casinos, high rollers are prized, and giving the names of those players willing to spend hundreds of thousands to a competitor is obviously not taken lightly.

The lawsuit claims that former employees of Maryland Live were terminated and unlawfully used trade secrets from Maryland Live and misappropriated them. Those secrets being a list of high rollers. Those employees are accused of taking a list of over 3,000 players and giving it to the MGM shortly before they were fired.

Once the employees were caught, they signed a document stating they destroyed those documents and returned electronic copies. This turned out to be false according to a spokesman for Maryland Live.

MGM of course denies this claim and calls it a thinly disguised attempt to tarnish the competition.

The lawsuit was filed last week in a federal court in Baltimore.
Bingo Society News General Poker News Back to articles