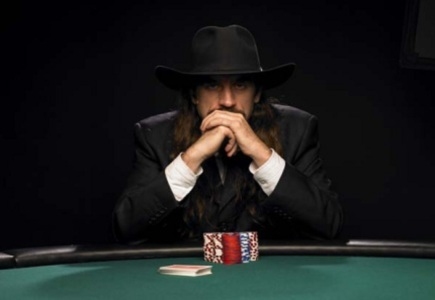 It's been 5 years since Black Friday rocked the poker world. It's been 6 years since we've seen any of the men involved in the Full Tilt poker scandal at a WSOP event. Chris Ferguson, Howard Lederer and Rafe Furst were the main targets of this event and have not been heard from in years.

That was up until now!

All 3 men were indicted on what the United states government called a “Global Ponzi Scheme.” None of the 3 would be found guilty of a crime, but all were forced to pay fines that exceeded $4 million. Ray Bitar, the other culprit would be charged with serious crimes.

Since this all went down, Ferguson and Furst have been silent on the matter and not seen in a poker room. Lederer would be the most outspoken of the bunch. Outspoken meaning an interview back in 2011 where he denied, denied, denied any wrong doing. After the interview, it was back to silence.

A week before the 2016 WSOP, Lederer broke his silence by posting on Daniel Negranue blog about how he was sorry, now realized he handled the situation poorly, and so on. Many speculated this was fodder to make good with the poker world and be able to once again show his face at the 2016 WSOP.

Oddly enough, Lederer has yet to be seen, while Ferguson who hasn't said a peep in 6 years showed up at the $10k stud event and has been playing more events after he busted early.

Most players were surprised and confused when they him sit down at the tables. No one knew quite what to say, how to act, or event what to think about the situation. And keeping with the theme of silence, no one said a word.

Ferguson was asked by PokerNews.com numerous times about the situation and only stated that he was there to play poker. Essentially a no comment on his behalf.

With the return of Ferguson met with little affair, Lederer may see this as a chance to push his luck and sit down in an event for the first time in 5 years. Ferguson is the litmus test to see if the waters are safe.

Lederer has been seen playing live cash games in casinos around town, so his appearance may not be that big of a surprise. The reaction of those who aren't in this small circle who know Lederer may feel differently.

Lederer isn't a well-liked person by many and feel his repeated denial of any wrong doing was a slap in the face.

The bottom line is; this tumultuous event is behind us. More importantly, no one knows the facts as to what really happened. They could all be telling the truth and had no part in what went down. With this in mind, most will decide to leave it alone and just play poker.
Poker Society News Back to articles