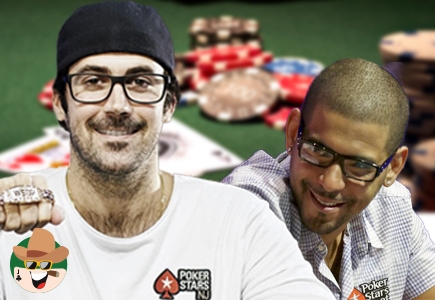 Poker players on TV is nothing new, getting called a degenerate on live TV could be a first however.

Jason Mercier appeared on the ESPN sports talk show “The Dan Le Batard show” earlier this week. His performance at the WSOP spiked the interest of ESPN and what better way to start promoting the final table which will air on the same network, by showcasing one of the game's best players.

Although, calling one of your marketing assets a degenerate may not be the smartest move.

Le Batard began the interview by questioning the happiness of poker players, calling them junkies when he said – “It's just another form of being a junkie, where it's not enough to be in a single tournament.” Speaking about players who multi table at the WSOP.

Once Mercier arrived to speak his piece, and was asked if he had a gambling problem. Jason politely explained that playing poker for him is a job and he's there to make money. He obviously does not consider himself a junkie, degenerate or addicted to gambling and defended himself very well.

His composure on the show was much the same he shows on the poker tables. So kudos for him not going full tilt on Le Batard.

After the show though, Mercier took to Twitter and expressed his feelings about how the interview went.

“Degenerate, junkie, addict-not exactly my favorite words to describe myself as one of the best in my profession – Oh well, I'll just keep printing.”

It's clear he was not happy about Dan Le Batard's choice of words. Sadly, many outside of the game feel this way, but having it broadcast on live TV doesn't help that image at all.

Also on TV is David Williams. The former runner up to Greg Raymer at the WSOP main event is not on TV playing poker; he's cooking now.

Master Chef is a reality show on the FOX network which is like a Real World meets Iron Chef. Williams is part of a team of chefs that must complete challenges and beat the other teams. The prize for winning this season of Master Chef is $250,000.

Celebrity chef Gordon Ramsey is the show's host, and Williams appears to be using his poker face to survive this far on the show.
General Poker News Back to articles