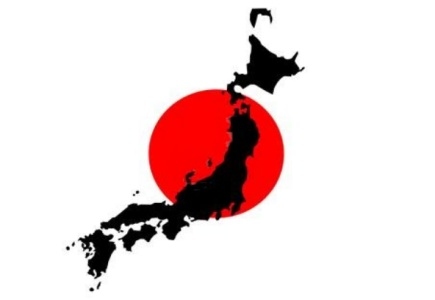 Japan has long been considered ahead of the times, especially when it comes to technology. Their progressive society has produced some of the world's greatest creations and helped cultivate imaginative minds. One would think, a country that has vending machines on streets where passer byes can purchase woman's underwear would be more liberal when it comes to other issues such as gambling. The Asian market is the newest hot spot for gambling and poker with high stakes cash games popping up all over places like Macau and Hong Kong. Phil Ivey even missed part of the 2015 WSOP because he was playing in one of these lucrative nosebleed poker games. It would make sense for the Japanese to embrace the gambling culture, rather than shun it. Sadly, this has yet to be the case. In recent months, however, the Japanese government has been pushing for some legislation in hopes of cashing in on what some experts call a $40 billion market. A 30-member team was put in place to create legislation on gambling in the island nation. Talks were serious enough that the world's largest casino magnate – Las Vegas Sands Corp, proposed a $10 billion casino and resort along with MGM. Sadly, according to the Asia Gaming Brief, the team of legislators has been dismantled, and talks of regulating gambling have once again come to a halt. Hopes of achieving government regulation by the 2020 Olympic games have gone from hopeful to probably not. Tokyo is set to host the 2020 Olympics, which have been the perfect time to have gambling in the country. Matters got worse when one of the countries star Olympic athletes, Kento Momota; the 4th ranked badminton player in the world was arrested on illegal gambling charges. With just a couple months until the 2016 Olympic games hosted in Brazil, the Japanese star is now forced to sit out the games, losing out on a dream, and crushing the hopes of a medal for the Japanese team in the sport. This wasn't the first time Japans elite athletes have been caught gambling either. In 2015, two Yomiuri Giants baseball team admitted to betting on baseball on more than ten occasions. This sparked a police investigation into game-fixing and illegal gambling throughout the sport. Sports are a big part of Japans culture. Perhaps more so than other countries in Asia. Baseball being the main attraction with crowds that rival, and sometimes surpass those in the United States – the birth land of the game. There are still four years left until Tokyo will put on a grand spectacle with the world watching. Many feel land based casinos will finally be a reality by that time. It will be a tough feat considering no foundation is in place at the moment. Essentially starting from scratch, it will be a mad dash for casino operators to find their spot, and build upon it.
Poker Society News Back to articles